Fiji is the notable absentee today from a meeting of officials from the Pacific Islands Forum being held at its secretariat in Suva.

This would have been Fiji's first official engagement with the Forum since its suspension was lifted nearly two months ago. 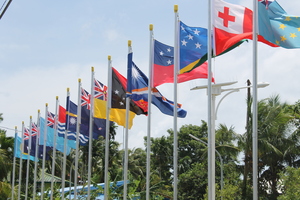 Fiji Live reports that neither the Forum's new secretary general Dame Meg Taylor nor the Fiji government has commented on the reasons for the absence.

Fiji has previously said it is not interested in rejoining the Forum as long as New Zealand and Australia are members.

This week, the foreign minister Ratu Inoke Kubuabola said what the government wants is to seek other donor nations at the Forum table alongside Australia and New Zealand.