A former French high commissioner to New Caledonia, Yves Dassonville, will be added to the expert group advising the French government about New Caledonia. 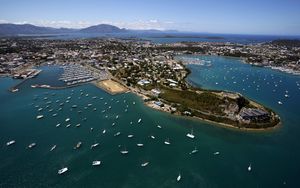 France's Socialist prime minister, Manuel Valls, had earlier appointed Alain Christnacht and Jean-Francois Merle, both architects of the Noumea Accord, which is the territory's decolonisation roadmap.

The choice was criticised by Pierre Frogier, who is also a member of the French Senate, denouncing the two-member mission as being politically unbalanced.

Some in the anti-independence camp, which is tied to France's centre-right opposition, refused to meet Mr Christnacht earlier this year as he canvassed views ahead of discussions which will have to pave the way for an independence referendum by 2018.

Noumea's daily paper says two more delegates have been added to the team.