The administrative court in the French city of Bordeaux has heard the case of ten former nuclear test veterans and is poised to accept the compensation claims of nine of them. 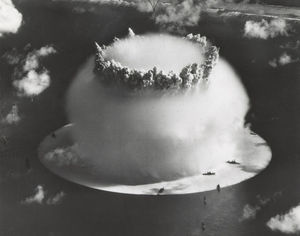 The defence force members had served in Algeria and French Polynesia between 1960 and 1996.

The expert advice to the court is that nine victims comply with the terms of the 2010 compensation law, which has a narrow definition for eligibility.

So far only a handful of claims out of more than 800 have been accepted.

The case of a widow, whose husband died in 1976 at the age of 42 of a bone marrow disorder, has been rejected.