In Vanuatu, the West Papua Unification Meeting has been delayed for a day due to the stranding of over 70 delegates in Port Moresby, Papua New Guinea.

The Chairman of the Unification Meeting Committee Pastor Allan Nafuki says the meeting in Port Vila is delayed until this last group of delegates arrive on an Air Vanuatu flight tomorrow.

Despite denials by the PNG Prime Minister's office that they had offered to charter a plane for the delegates to get to Vila, Vanuatu was of the understanding that PNG's government planned to help transporting the group. 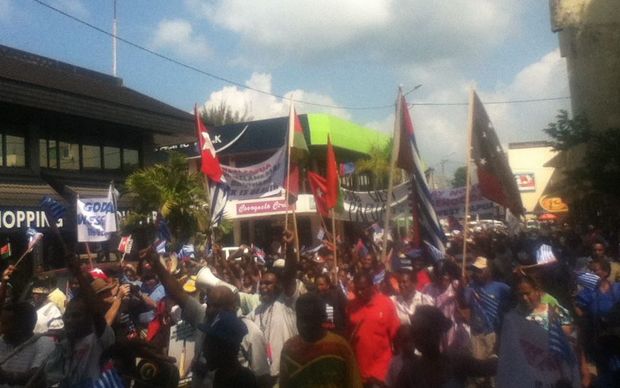 Pastor Nafuki says his committee suspects last minute diplomatic pressure on the part of Jakarta based on its close relationship with PNG forced Waigani to back out of the arrangement.

He says the PNG Government is sending the Prime Minister's private jet with three of its Cabinet Ministers as well as Powes Parkop, the Governor of PNG's National Capital District.