Murray McCully says New Zealand has had an acting High Commissioner since 2007 and the new appointment is an important step in re-building the country's relationship with Fiji. 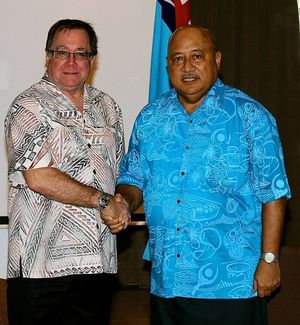 Mr McCully says the reinstatement of a high commissioner reflects the further normalisation of New Zealand's relationship with Fiji and will mean better engagement on economic, trade and regional issues.