The Barramundi's and chief rivals Vanuatu went into Sunday's decisive round-robin match with six wins each from as many matches.

Vanuatu won the toss and elected to bat but struggled throughout before ending their 20 overs on just 96 for 9.

Tony Ura then struck a six off the opening ball of PNG's run-chase as they comfortably reached their target with seven wickets and almost eight overs to spare.

"It's my job I suppose to sit down now and start planning. I didn't want to get too far ahead of myself but I can now - I can sleep quite comfortably tonight, and I will start planning tomorrow. Very much so it's a case of getting them ready to go to the next step - and it's a big step - and I think they themselves realise [that]. We've had a great sort of three, four weeks now and I think that belief is there now, which wasn't there, they're playing as a squad".

Meanwhile Fiji defeated the Philippines in their final game to finish third overall while Samoa beat Indonesia to seal fourth place and Japan edged the Cook Islands, who were the only team that failed to win a game. 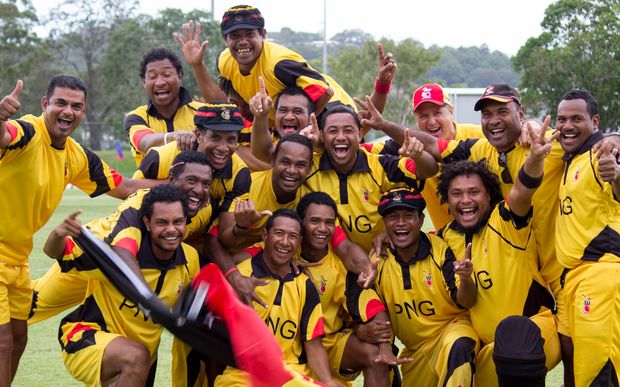