Fiji's Finance Minister has announced a 1.7 billion US dollar budget, the first to be announced in the country's new parliament.

In his speech this morning, Aiyaz Sayed-Khaiyum announced a plan to spend 664 million US dollars of this on capital expenditure. 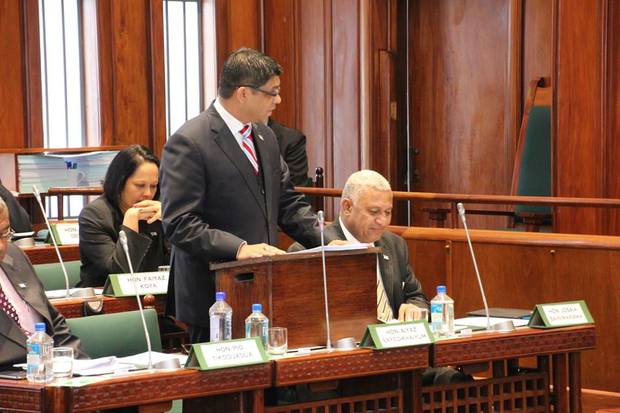 Part of this money will be used to hire extra doctors and nurses, expanding the free school programme to pre-schools, extra road spending, public sector reforms and an extra 50 million dollars for the Water Authority.

But Mr Sayed-Khaiyum said the country's debt stands at two billion US dollars -- 49.8 percent of the country's GDP, which he hopes will be reduced to 48.7 percent in 2015.

"Government is exploring the best options, keeping in mind our debt position, outlook for foreign reserves and interest rates. Madam Speaker, our economic performance is no blip or spike on the graph, but a consistent and upward movement."

Aiyaz Sayed-Khaiyum says Fiji's growth is expected to be 4.2 percent this coming year.