The French president, Francois Hollande, says there is no alternative to New Caledonia having an independence referendum by 2018 as outlined in the 1998 Noumea Accord.

Speaking in Noumea, Mr Hollande told local leaders that the vote will be held at a date chosen by the territory's Congress.

He says should the Congress fail to set a date by 2017, France will organise the plebiscite in order to comply with the changes made to the French constitution.

Mr Hollande says France will honour its pledge and leave it to the New Caledonian people to make the choice which seems most suitable for their future.

This comes amid a push by several politicians to draw up a new accord and defer a vote.

Yesterday, thousands of people joined a march in central Noumea to show their wish to stay French.

Mr Hollande made a 36-hour visit to New Caledonia after attending the G20 summit in Brisbane and before going back to Australia.

It is the first official visit to the territory by a French president. 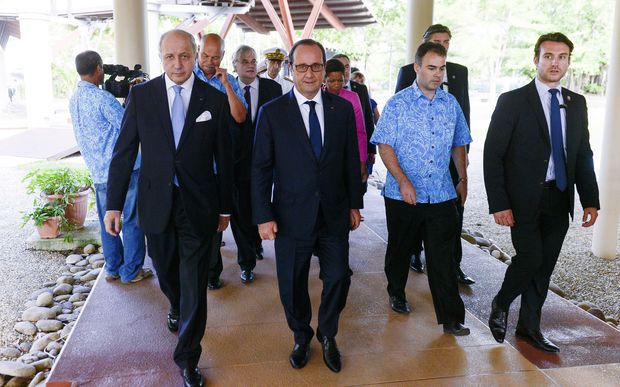