Netball Fiji says to have teams like the Silver Ferns and Samoa coming to play in their country is an honour and they will make sure the Oceania Series is a memorable event for everyone.

Netball New Zealand has announced that the Silver Ferns will take part in an Oceania Netball Tri-Series in Fiji in January.

"It is great news indeed, it is historic and quite significant. The fact is, the Silver Ferns, this is their first trip to Fiji and first test match outside of the world cup against Fiji and we are just excited to host them here. They are high profile and we are ready to welcome them in January."

Bogidrau says with the tournament happening during the lead-up to the world cup it will bring enormous benefits to the islands.

"As a leadup to the world champs, both Fiji and Samoa can take lessons from the series and hope to improve on their performance against other nations. For Fiji, we have been out of most of the international competition, bar the world cup, we were not allowed to get into the Commonwealth Games so for us we need these kind of matches."

The Silver Ferns will play three test matches, two against Fiji and one against Samoa with every match broadcast live on regional television. The first match will be on January 19th. 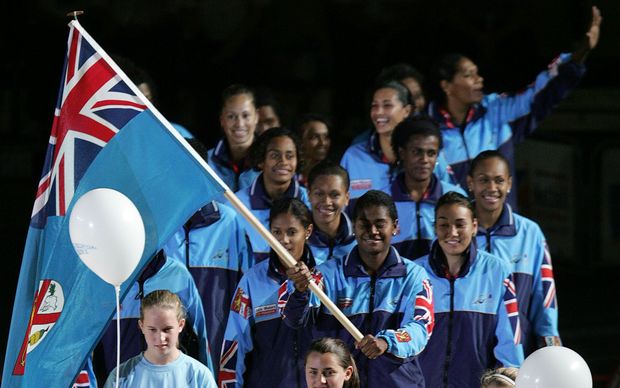 The Fiji Netball team during the 2007 World Championships Photo: PHOTOSPORT