The Australian government has rejected claims that it offered to resettle asylum seekers held abroad in Australia if they withdraw statements about a killing at its camp in Papua New Guinea.

The claim was made by an Australian human rights lawyer, Julian Burnside QC, who said a confidential source had told him that asylum seekers who witnessed the death of the Iranian man in Manus in February would be settled in Australia if they withdrew their statements.

The minister says it is an offensive suggestion made without any basis or substantiation by advocates with proven form of political malice and opposition to the government's successful border protection policies.

Two former guards of the private company hired to provide security at the Manus camp have been arrested over the killing.

Dozens more asylum seekers at the Manus camp were injured. 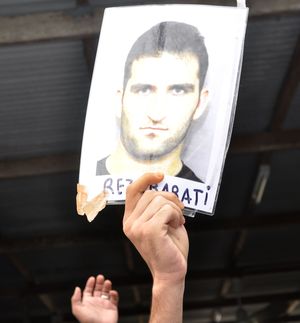