Fiji's Director of Public Prosecutions says assault in police custody is not a new problem in Fiji.

Christopher Pryde told the United Nations Human Rights Council in Geneva that since 2008 the courts have sentenced or otherwise dealt with 30 police officers, and currently there are 11 police officers facing assault charges.

He says claims of confessions being obtained as a result of police brutality will be followed up only if a formal complaint is made. 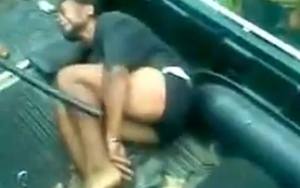 He says the police are investigating one case involving a video of men allegedly beating two prisoners, one of a man claiming to have been beaten by the police, and one involving a death in custody.

"The police have acknowledged deficiencies in aspects of police culture that in the past has excused or ignored police brutality. We recognise that greater training of police is needed particularly in the areas of police interigations and with domestic violence issues."

Christopher Pryde says the police are being trained in videotape interviews and a review of the Police Act is planned for 2015 to introduce strict procedures for custody at the police station and better interrogation guidelines.