Two French journalists handed a 10-week jail term in Indonesia for illegally reporting on the country's Papua province have returned to France.

Thomas Dandois and Valentine Bourrat were detained in August while making a documentary for a Franco-German television channel about the separatist movement in Papua.

Prosecutors had sought a four-month sentence during the trial, saying the journalists had admitted their mistake and apologised.

However a panel of judges handed them a sentence of just two months and 15 days, most of which they had already served.

Speaking after the verdict last week, the reporters' lawyer Aristo Pangaribuan welcomed their release but said the sentence opens the door for criminalisation of journalistic activities in Papua.

Foreign journalists detained in the past for illegally reporting in Papua have been swiftly deported. 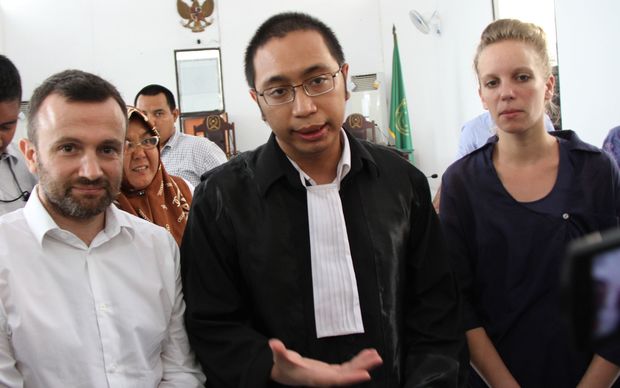