An Australian academic is warning that Papua New Guinea faces a risk of hyper inflation if the Central Bank continues an arrangement reached with the PNG Treasury.

Paul Flanagan, who is a visiting fellow at the Australian National University, says a bond agreement between the Bank of PNG and the Treasury to fund a large government deficit is effectively printing money and that could lead to hyper-inflation. 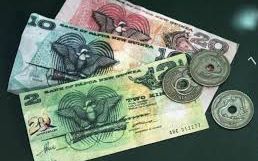 He says the agreement has the Bank buying up government bonds if the Treasury struggles to sell them to the private sector.

Mr Flanagan says he understands the Central Bank is buying almost all of these bonds - at up to 34 million US dollars a week.

He says it is effectively printing money and this is a worrying development.

"Rather than deal in trying to reduce the deficit or going and looking to raise those funds in international markets, the step seems to have been going down this very worrying path of printing money. It is a worrying path because printing money leads to inflation and if it continues there is a risk of hyper-inflation."