The Solomon Islands' record on women's rights will be under the United Nations spotlight this Friday in Geneva. 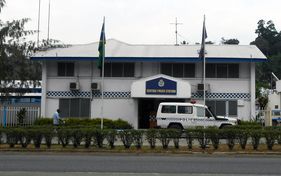 The country recently updated its status with the UN Committee on the Elimination of All Forms of Discrimination against Women, or CEDAW, joining 187 other countries.

In 2012 the World Bank rated Solomon Islands as the worst country in the world for domestic violence, saying 64 percent of women reported experiencing violence in the home.

The United Nations says it will be looking specifically at the participation of women in peace and security programmes, justice and reparation for women victims of violence during ethnic tensions, education, employment, access to health care and whether or not harmful stereotypes are hampering women's rights.

The Solomon Islands Ministry of Gender Equality and Womens Development says being party to CEDAW is important and it is looking forward to the feedback.