A human rights group has condemned the appointment of the new Indonesian Minister of Defence, saying his record spells bad news for West Papua. 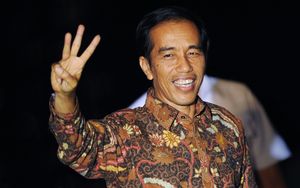 The East Timor and Indonesia Action Network (ETAN) says the appointment of retired General, Ryamizard Ryacudu, proves that the newly-inaugurated President Joko Widodo is not serious about promoting human rights.

The ETAN coordinator John Miller, says General Ryacudu is a relic of the past with a history of excusing rights violations by soldiers, threatening human rights critics, and asserting the military's right to meddle in civilian affairs.

While campaigning, the President said he would open a new dialogue with West Papua.