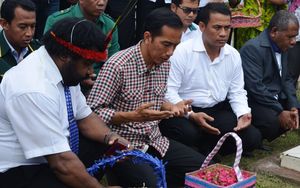 On Friday, two French journalists were convicted for misusing their tourist visa to work in the region.

They are expected to be released today.

Human Rights Watch's Indonesia spokesperson, Andreas Harsono, says outside access to Papua and West Papua has been restricted to foreign journalists and NGOs since the provinces were annexed in the 1960s.

Mr Harsono says journalists hoping to enter the region must apply for a permit that has the signatures of 18 ministries.

"Any beaureaucracy that requires 18 signatures to get a permit means there must be something terribly wrong in the area they want to enter. Even Jesus Christ, if he wants to visit Papua, I don't think he would get a permit."