Taiwan is asking the Kiribati Government to explain what has happened to one and a half million US dollars in aid funding. 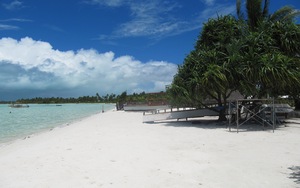 The Taiwanese ambassador to Kiribati, Abraham Chu, says the money was intended for a landing craft to service outer islands and should have been in operation for several months.

The Kiribati Independent reports the Government saying the money was wired to an overseas account, but apparently not that of the boat builder.

The Commerce Minister says the money has been stolen and there was nothing the Government could do, but Kiribati police are now investigating.

"I was told that the minister in charge of this was based in Christmas Island and we tried to contact him but still we couldn't get any clear picture so instead of this we are still waiting and see what we can do to fix the problem."