New Caledonia's main pro-independence party has taken its concerns about the territory's flawed electoral rolls to the French president. 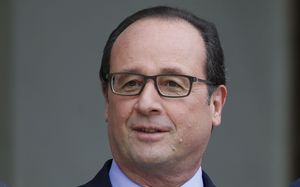 Francois Hollande has received a delegation of the Caledonian Union after it raised the matter with the United Nations last week and asked it to mediate.

Ten days ago, the Kanak group boycotted the Paris talks of the signatories of the Noumea Accord because of the dispute over the rolls, saying any future vote won't be fair unless the rolls are properly constituted.

The Noumea Accord restricts voting rights on any independence referendum to long-term residents, with the Caledonian Union accusing France of refusing to implement the agreement to the letter.

The Kanak group says getting proper rolls has been the mother of all battles in every decolonisation case.

It has recently sharpened its rhetoric and cast doubt on the French stance that Paris is impartial in the discussions between the pro- and anti independence camps.

The French government has said a working group is looking into the make-up of the rolls.

Mr Hollande is due to visit New Caledonia next month.