Fiji's new parliament has opened and elected Jiko Luveni as speaker, making her the first woman in the position. 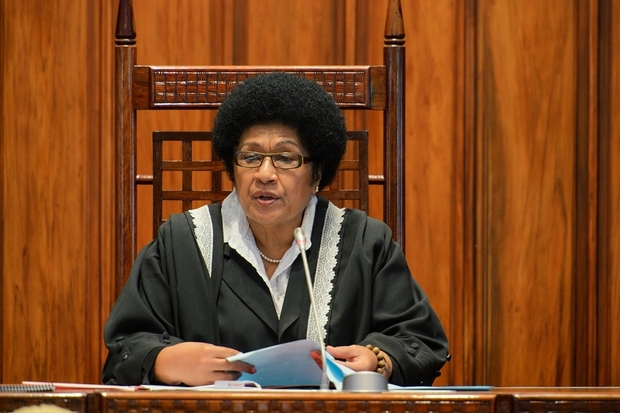 Her election marked the return to Fiji being a parliamentary democracy just under eight years since the military carried out a coup and closed parliament.

The new legislature, which has 50 members from three parties, is now housed in the refurbished parliamentary chamber, which is part of the complex of government buildings in central Suva.

The opening of parliament came shortly after the prime minister, Frank Bainimamara, made a minor reshuffle of the government sworn in last month.

He returned the position of attorney-general to Aiyaz Sayed-Khaiyum, citing the heavy workload of Mr Sayed-Khaiyum's other portfolio, finance. 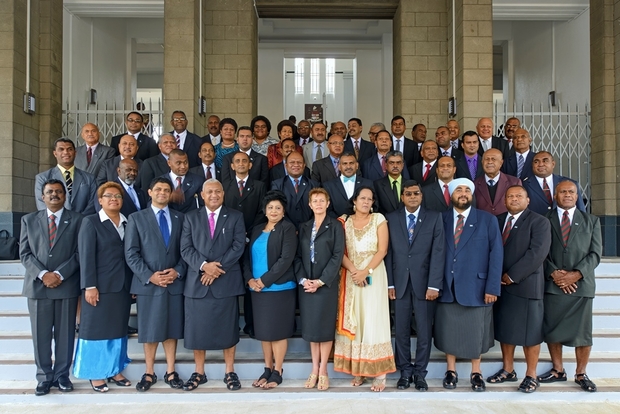 The leader of Fiji's Sodelpa party, Ro Teimumu Kepa, has been elected as Fiji's Leader of Opposition.

She was unanimously elected during the first sitting of Parliament in Suva.

Ro Teimumu will lead an opposition which includes the National Federation Party.

Together they hold 18 seats in the 50 member parliament.