Fiji's president has sworn Rear Admiral Frank Bainimarama into office at a ceremony in Suva after a landslide win in the country's first election in eight years.

Ratu Epeli Nailatikau received the new democratically elected prime minister at Government House where he took the oath of office before a gathering of diplomats and other dignitaries.

He said he would bear true allegiance to the Republic of Fiji and that he would uphold and maintain the constitution and the laws of the country.

He also promised to hold his office with honour, dignity and integrity. 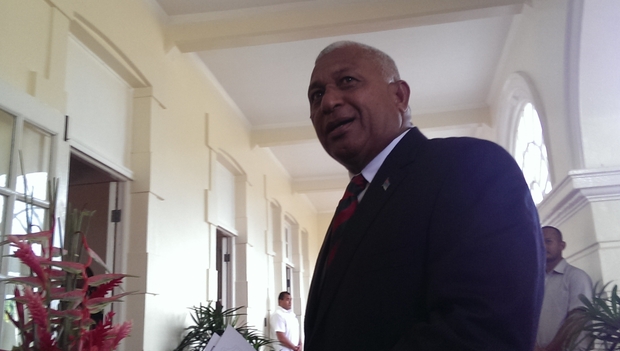 Frank Bainimarama arrives for his swearing in ceremony at Government House in Suva Photo: RNZI