A Pacific studies academic Steven Ratuva says the likely make-up of Fiji's parliament will throw up a lot of problems. 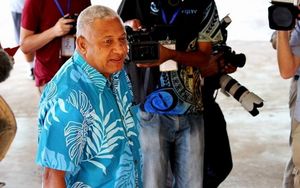 The final tally is expected today but results so far show Frank Bainimarama's FijiFirst party is likely to hold 32 seats in the 50-member parliament.

"It's going to be a very unbalanced parliament in terms of accountability and secondly in terms of complacency for the government itself. You're bound to have parliamentary dynamics which will be almost totalitarian in nature, although of course it's legitimate, it's through election."

Dr Ratuva says while many of the FijiFirst candidates have government experience only one has been in parliament before.