Five political parties in Fiji have presented evidence which they say back up their claims of irregularities in the country's landmark election.

The group which has been running in the polls against the FijiFirst party of Frank Bainimarama say the allegations are serious and warrant an investigation.

The parties have sent letters to Fiji's President, the Electoral Commission and the Supervisor of Elections.

Lynda Tabuya of the People's Democratic Party says the evidence includes photographs of unsecured ballot papers and a marked ballot paper found away from a polling station.

She says the alleged discrepancies could change the course of election.

"We wish to make clear that we are undertaking this in the public interest of justice and transparency in the elections process and to honour the vote of all citizens in Fiji. We request the understanding and patience of the people of Fiji as we feel obliged as leaders to ensure that the information that has been provided to us is submitted to the relevant authorities for the appropriate action."

Lynda Tabuya says these matters could well amount to fraud, but the group is leaving that up to the electoral commission to make that decision.

She says they are still documenting more than 50 other cases such as a village being unable to vote because a polling booth was not set up. 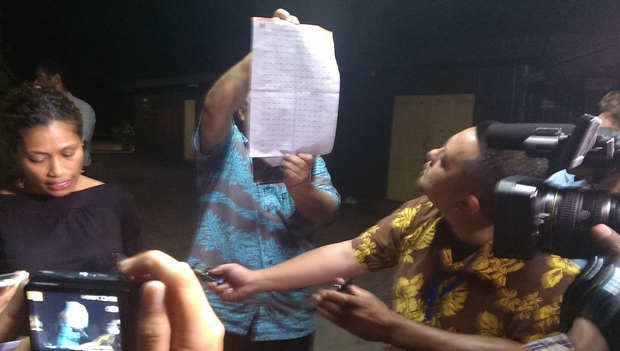