First results in Fiji's historic elections are expected to start coming in about three hours after polling closes at 6 this evening.

The Supervisor of Elections Mohammed Saneem says polling stations have been quieter this afternoon after a rush this morning.

He says vote counting will start at 6pm.

He says the official in charge of one polling station suffered a heart attack and is in a stable condition.

Some 1460 polling stations have been open around the country since 7.30 this morning. 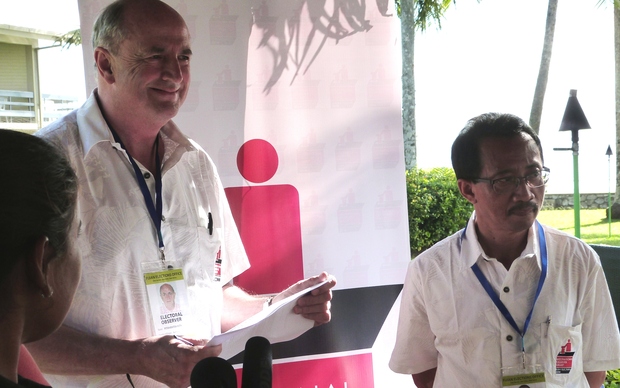 Meanwhile police have arrested a 52-year-old farmer in Seaqaqa for allegedly breaching the electoral decree.

At the Korotolutolu polling station, the voter allegedly took a voter instruction booklet given to him by an elections official, and threw it on the floor before uttering negative comments.

A police spokesman, Rusiate Tudravu, is quoted saying their investigations are continuing and the matter will then be forwarded to the Fiji Independent Commission Against Corruption for further action.