The trial of two French journalists arrested in West Papua for illegally working when on tourist visas is expected to begin later this month. 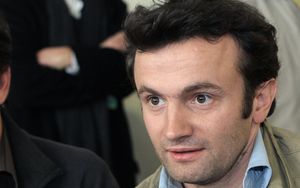 Indonesian police say Thomas Dandois and Valentine Burrat violated their visas and are suspected of involvement with armed criminal groups.

The pair remain in custody in Jayapura after being arrested in early August.

The chairperson of the West Papua branch of the Alliance of Independent Journalists, Victor Mambor, says immigration officials have advised the pair would likely be found guilty, but would serve a shorter sentence than the five years originally sought.

Mr Mambor says the international community is urging Jakarta to open up Papua for foreign media, but that Indonesia is sending a message back.

"It means this is Indonesian authority. So any foreigner, even a journalist, they need to show respect of Indonesian rule. Of course, it's Indonesian rules but for the democracy and the press, freedom of expression is not good."

The chairperson of the West Papua branch of the Alliance of Independent Journalists, Victor Mambor.