The President-elect of Indonesia, Joko Widodo, is being urged to disband a development unit in the remote Papua region that activists say has failed. 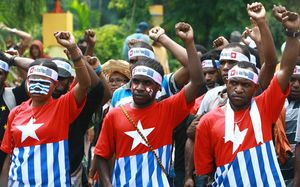 The Jakarta Globe reports the Special Unit of Acceleration of Development in Papua and West Papua, or UP4B, has failed to promote peaceful dialogue between the Jakarta and restive provinces.

A researcher at the Indonesian Institute of Sciences, Cahyo Pamungkas, praised elements of the unit, saying 500 Papuans were helped to study at high schools in Bali and Java last year, while 1,370 students pursued university studies.

But Mr Pamungkas says Jakarta has not dealt with human rights abuses in Papua, and the new President should focus on that.

The Institute for Policy Research and Advocacy recorded 139 cases of violence in Papua in 2012, claiming the lives of 40 locals, while 151 cases last year claimed the lives of 106.