The World Wildlife Fund in the Pacific is compiling stories of shark gods featured in Pacific myth and legend as part of efforts to protect the endangered fish in the region. 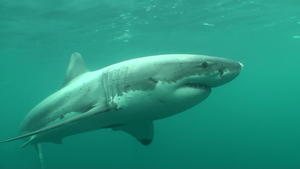 A mix of minced fish and fish oil will be used to attract great white sharks. Photo: DOC

It comes as the conservation group launches a programme to support Pacific governments manage and conserve their shark and ray populations.

Almost a quarter of all sharks and rays are threatened with extinction.

The manager of WWF's global shark programme, Ian Campbell, says the book, Shark Gods of the Pacific, aims to reinforce the message that sharks are important both ecologically and culturally.

Ian Campbell says Shark Gods of the Pacific is expected to be released soon.