The Vanuatu Minister of Internal Afairs, Charlot Salwai, has confirmed an Australian lawyer, Robert Herd, has been deported.

Mr Herd is the principal of Australian based law group, Herdlaw.

The principal immigration officer, Francois Batick, says they acted on the advice of the Attorney General's Office. 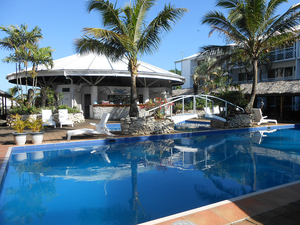 Vanuatu Prime Minister, Joe Natuman, has recently warned foreigners not to get involved in the country's politics.

A government source says the deportation is related to the latest failed attempt by the opposition Leader, Moana Carcasses, to stage a vote of no confidence in Mr Natuman.