The Tuvalu government says domestic violence statistics show it's decreasing but still requires collaboration from members of the public to further discourage it. 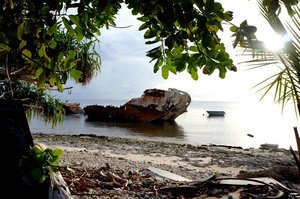 The Police Officer in charge of domestic violence issues, Sepola Tata, told the Fenui newspaper the 2012 statistics showed a record figure of 18 percent of women being affected, and the recent figures for 2013 were lower.

A representative from the gender department, Lupe Tavita, confirms women with domestic violence issues visit her office at least twice each week but many don't want to report the matter to the police.

She says people experiencing domestic violence can call the emergency number 911 any time and can also visit either the police station, the Gender Affairs Department or the Tuvalu National Council of Women for help and counseling.