The MP for Porgera in Papua New Guinea's Enga province, Nixon Mangape, has called for independent scientific monitoring of the level of toxic waste from the Porgera gold mine. 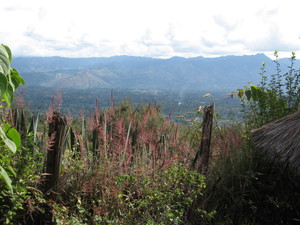 Mr Mangape says there are indications that significant damage has been caused by the mine to the Strickland River, and has asked that the Minister of Environment John Pundari should put officers on the ground to monitor it.

Last week in parliament, the minister was vocal about the pollution damage caused by the Ok Tedi mine to the Fly River in Western province, but didn't mention Porgera.

Mr Mangape says current environmental reports about the mine rely on the developer, Barrick Gold, and are therefore unreliable.

"Since I became MP, I've been talking and talking [to the developer] and they said everything is okay, the government accepts our report; but they're not independent. My people are affected by the mine: down the Strickland [river] all the way to Lake Murray, all the people are affected."

Nixon Mangape says if the developer believes the waster levels are acceptable, he encourages them to eat some fish from the river.