An NGO in Guam says human trafficking is a bigger problem on the island then people think, calling on locals to be more vigilant and observant about what goes on around them. 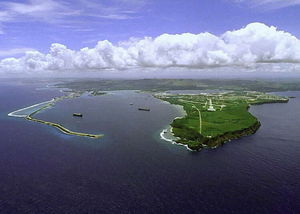 Its vice president, Sarah Thomas-Nededog, says Guam is a doorstep to Asia, where human trafficking is incredibly high.

She says human trafficking is happening in Guam, and there have been cases of girls being brought in from neighbouring islands to what they thought were legitimate work.

She says there were also cases of some young people being offered money for sexual favours.

"Especially when you have young people who are desparate to make an income, who lack the education and the skills to get a job or they have great difficulty getting a job for whatever reasons that they are prone to becoming victims of human trafficking."

Sarah Thomas-Nededog says the US attorney for Guam and the Northern Mariana Islands has put together a Sexual Assault Task Force that will work with various agencies on Guam to stop and prevent further human trafficking.