The Secretary-General of the United Nations, Ban Ki Moon, says he is deeply concerned about the effects of climate change in the Pacific.

Mr Ban is in Samoa for the third Small Islands Developing States conference, where political leaders are expected to announce over 200 concrete partnerships to help deal with rising sea levels, overfishing, poverty, health and energy infrastructure.

He says small island states do not have the capacity to deal with climate change mitigation and adaptation on their own.

Mr Ban says some developed countries are not as committed to dealing with climate change as others, but the Pacific and other small islands need their full support.

"Critical will by the world leaders is most important. While we are lacking the resources and capacities and particularly in the field of financing, when there is a strong political will demonstrated then I think we can address this issue." 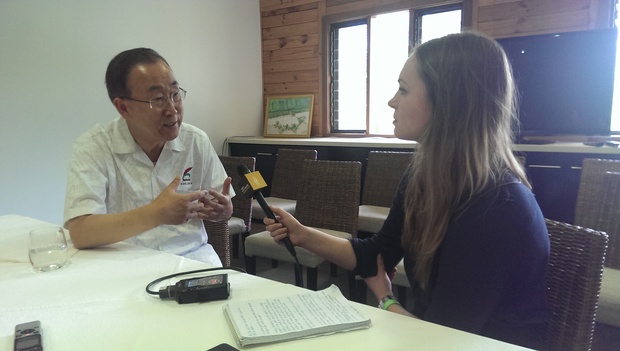