The acting Governor of Papua New Guinea's West Sepik says many people in his province are turning to Indonesia for goods and services.

Paul Nengai says that while the political relationship between the province and the neighbouring Indonesian province of Papua is very good, there is a trade imbalance firmly in Indonesia's favour.

He says it's hard to compete with Indonesian services such as telecommunications, with mobile phone services for example often preferable to local ones for Papua New Guineans living near the border.

Mr Nengai says that a recent trip to Papua was illuminating.

"It was interesting to note that most Papua New Guineans have moved across, those that are living along the border - they have moved across to Indonesian side and they're living on the other side. Basically, they're looking for good services like road network, cheap goods and services on the other side. And as you know, Indonesia provides social services. So for them, it's very attractive."

Paul Nengai says a new Asian Development Bank-assisted trade centre at Wutung, just inside West Sepik, is expected to open in October and should begin to address the trade imbalance. 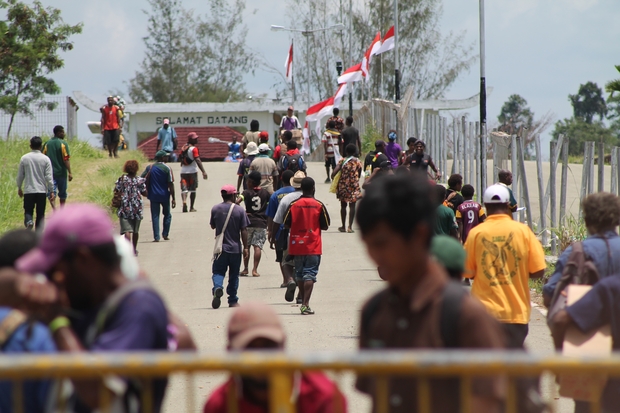