A 19-year old woman in Samoa has been found not guilty of two counts of manslaughter and two counts of negligent driving causing death after a three-week assessor trial. 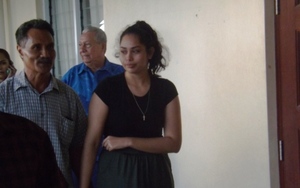 Leslie Kolhase was charged by police after a car she had been driving in November last year crashed and killed two young men, Jessie Risale and Thesaurus Heather.

She was also alleged to have been heavily intoxicated at the time of the accident.

The prosecution had 24 witnesses against the defence's six witnesses supporting the accused's not guilty plea.

The families and supporters of the two victims of the accident say they're saddened at the outcome.

The assessor's deliberations took less than two hours, and the chief judge, Patu Falefatu Sapolu, was presiding over the case.