Rear Admiral Bainimarama says he does not want even one seat to be taken by another political party. 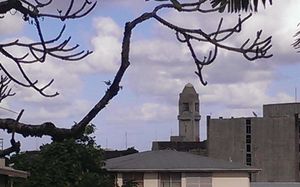 The Fiji leader was speaking on Radio Tarana during his visit to Auckland at the weekend to drum up support for his FijiFirst party ahead of next month's polls.

Frank Bainimarama will leave New Zealand this afternoon after a whirlwind campaign trip.

He will campaign in Australia later this month.