The Free West Papua Campaign says a political prisoner Victor Yeimo has been released from jail in Indonesia after serving more than a year.

Mr Yeimo is the Chairman of the West Papua National Committee and was jailed in May 2013 for leading a peaceful demonstration.

Five other West Papuans, known as the 'Jayapura five', were released in July after serving three years.

The five were arrested and imprisoned by Indonesia in October 2011 on charges of treason after the republic of West Papua was declared at the third Papua People's Congress. 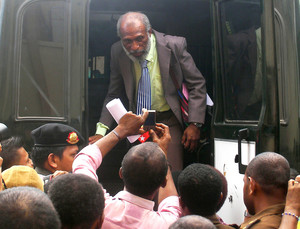