Fiji's Minister for Social Welfare, Women and Poverty Alleviation, Jiko Luveni, has denied claims from some political parties the government is vote-buying in the run up to the polls.

Dr Luveni says she has been working to empower women for several years, opening resource centres, and addressing issues like teenage pregnancy and domestic violence. 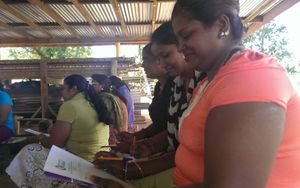 Dr Luveni, who hopes to be elected under the banner of the regime's FijiFirst party, says her work has culminated in a Women's Expo in Suva this week which more than a thousand women are expected to attend.

"I know that people are saying this is probably election campaign propaganda but what do I say? Let them think what they think. The women are so looking forward to coming and the women think now they are politically mature to make their own decisions. And this is what we have tried to do, build their confidence, to make decisions for themselves."

Dr Luveni says the government has invested 160-thousand US dollars in the event which aims to connect women to her Ministry.