Families whose homes were damaged by mudslides in American Samoa are being asked to hold off cleaning up until their damage has been assessed.

Authorities in American Samoa are asking families whose homes were damaged by mudslides and flooding after yesterday's severe weather not to clean up yet.

96 families in Gataivai and Fagatogo were evacuated from their homes and have been advised not to return until tomorrow.

Lemanu has also urged parents to ensure the safety of their children and stop them from going to the sea or near streams while unstable weather is being experienced. 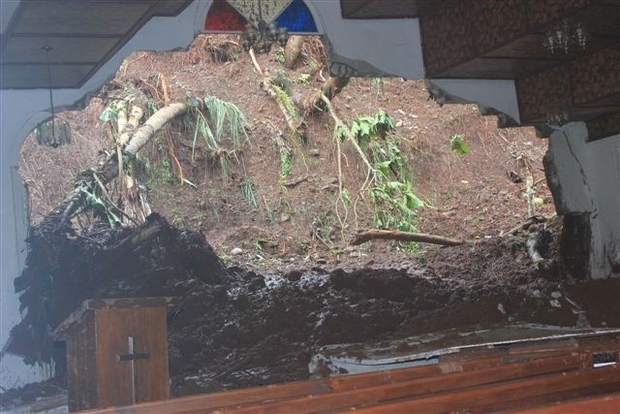 A mudslide broke the wall of a church in Gataivai, American Samoa Photo: RNZI / Monica Miller

The Director of Homeland Security, Utuoalii Iuniasolua Savusa says the assessment will also cover government buildings and infrastructure, such bridges and roads.

He says a preliminary report was submitted to the Federal Emergency Management Agency last night, and a request will be made to FEMA for assistance. 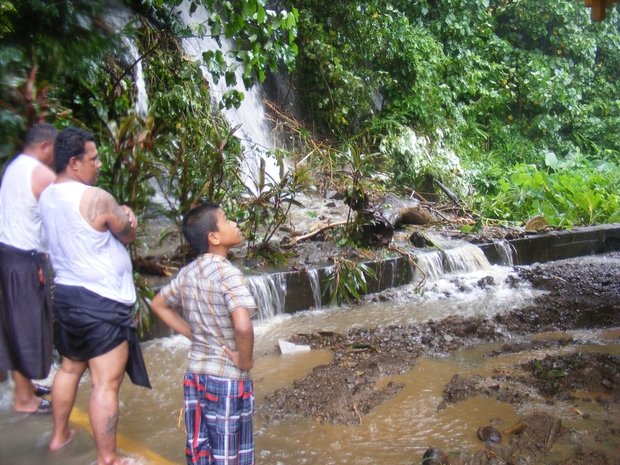