Solomon Islands police are closely monitoring a suburb in Honiara in which three houses were burnt the ground at the weekend. 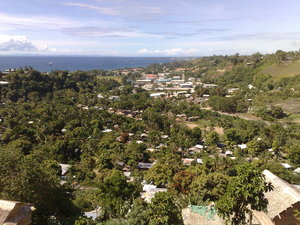 Police officials say fighting broke out between families in the White River/Independence Valley district and this led to the arson.

Police say there have not been any reports of any serious injuries or deaths but the situation is being closely monitored.

At the same time police are asking for information from anyone in the public regarding the theft of a ANZ ATM machine on Friday night.

The robbers who were armed with guns made off with the ATM and discarded it on the outskirts of the city.