Reports from French Polynesia say the head of its delegation due to attend next week's Pacific Islands Forum will return to Tahiti.

The vice-president, Nuihau Laurey, has been in New Zealand for the Polynesian Leaders Group meeting, standing in for the president, Gaston Flosse.

On Wednesday Flosse lost his appeal in long-running corruption case in France's highest court and as a result has to quit public office for three years for abuse of public funds.

Flosse, however, has refused to resign and maintans his innocence while asking Francois Hollande for a presidential pardon so he can stay in office. 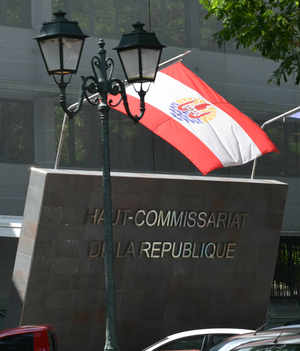 The French High Commisson in Papeete has so far refused to execute the court order and notify Flosse of his dismissal - an omission decried by the opposition as colonial justice.

The French Polynesian presidency says Mr Laurey's early return is not linked to any possible announcement by the French High Commissioner, Lionel Beffre.

Originally, Flosse was expected to attend both the meeting in New Zealand and the Forum summit in Palau.