Officers involved in investigating a major corruption case in Papua New Guinea, from which an arrest warrant for the Prime Minister stemmed, have agreed to meet to sort our their differences. 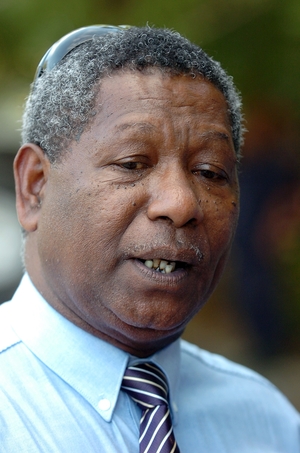 Four officers, including the suspended assistant police commissioner crimes, Thomas Eluh, and the chairman of the anti-corruption unit Taskforce Sweep, went to Boroko police station on Friday after being told that their arrest was imminent.

The four were released after they were told by the metropolitan commander that there was no case against them.

Thomas Eluh says there has been a lot of misinformation circulating, and the two sides have agreed that they need to sit down and find common ground.

"There were a lot of things that happened about the same time, the appointment of the new commissioner immediately after the service of the warrant of arrest against the Prime Minister, the former commissioner was sacked, Commissioner Vaki was appointed and then Vaki decided to take it upon himself to start to collude with people from outside the organisation to stay the warrant. So, we'd like to at least give an opportunity to the men to understand why we are doing this."

Thomas Eluh says the meeting will not be about trying to convince the Commissioner to change sides, but to begin to heal the division in the force.