The Tongan deputy Prime Minister has confirmed a new Chinese plane will depart on Thursday for Tonga. 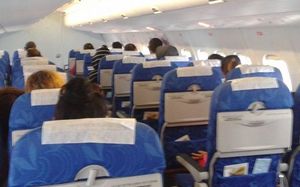 Radio Tonga reports Samiu Vaipulu says the Y12 plane is currently being inspected by the Director of Civil Aviation, and it's expected to begin operations on August the 4th.

He says it will firstly fly to the two Niuas and take radio sets for the terminals there.

The country is still waiting on confirmation of a World Bank report on its transport sector, amid an ongoing dispute with New Zealand over the certification of the MA-60 plane, gifted from China.