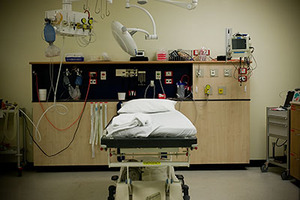 The president of the Papua New Guinea Society of Rural and Remote Health, David Mills, says a critical shortage of doctors in remote parts of the country is putting people's lives at risk.

Dr Mills says there is no hard data on the distribution of doctors in PNG but it is clear most of its districts do not have a resident doctor.

"PNG trains 45 doctors a year so that in itself is a problem because we have nearly eight million people now and 45 doctors a year is clearly not nearly enough compared to say like New Zealand and Australia where you have one doctor for every 800 people. Here we are looking at tens of thousands of people without doctors."

However David Mills says he remains optimistic about the situation as there are some very committed young Papua New Guinean doctors beginning to work in rural areas.