The owner of one of the world's largest mines in West Papua says it is still in talks with the Indonesian government over a six month dispute that has halted copper exports from the country. 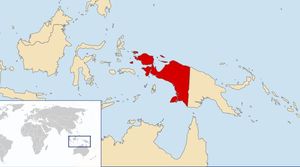 Freeport-McMoRan says its chief executive, Richard Adkerson, is in Jakarta as the two sides try to broker a deal to re-start shipments of copper concentrate from the Grasberg Mine in West Papua.

Freeport and rival company Newmont - which account for 97 percent of Indonesia's copper production - halted exports in January when new mining rules were introduced in an effort to force miners to build smelters and processing plants in Indonesia.

Newmont is now seeking international arbitration, but Freeport says it has no plan to follow suit.