The president of French Polynesia, Gaston Flosse, has unveiled a monument in honour of the former French president Jacques Chirac not far from a memorial to nuclear test victims.

The unveiling of the stone structure on the newly named Place Jacques Chirac in Papeete commemorates French Polynesia gaining more autonomy from France, a move requested by Mr Flosse.

The monument is positioned about one hundred metres from a memorial to the victims of nuclear tests, which Mr Chirac resumed in 1995. 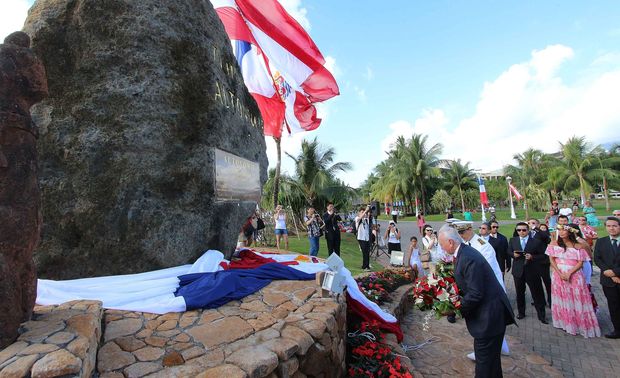 Groups representing the victims have been appalled at the project especially as Mr Flosse has proposed moving the test victims' memorial further away from the city centre.

Mr Flosse's political rival Oscar Temaru has protested with plans to name a road leading up to a prison in the town where he is mayor after Mr Flosse and Mr Chirac.

Activities marking the first French nuclear test on the 2nd of July 1966 are due to take place on Wednesday in French Polynesia.