A long time advocate for West Papua believes last week's Melanesian Spearhead Group meeting was positive for the Indonesian region's push for self determination cause.

The MSG has decided that the West Papua National Coalition for Liberation needs to re-apply as a united people, after it lodged an application for membership a year ago. 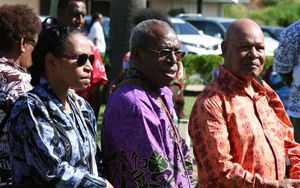 The group will also have to consult with Jakarta.

The governor of PNG's National Capital District, Powes Parkop, says it is an encouraging step for his people's cause.

"For the people of West Papua it's like when the Americans landed on the moon. Big giant step that of course will not solve everything in one go but hopefully will open the doors to the ultimate desire of our people."

Powes Parkop says he's confident the conditions will be met.