One of the co-founders of a theatre group in Vanuatu says it's been a powerful tool for communicating some important messages.

Wan Smolbag, which began with a small band of actors, celebrates 25 years of work in the arts and in the community this week.

The group produces plays, films, CDs, television and teaching resources that educate and entertain audiences across the Pacific. 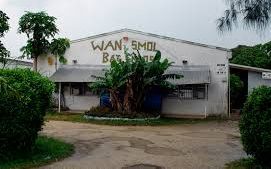 It has also gone on to establish health clinics, a sports complex, youth centres, a conservation network, and workshops to boost employment skills.

Co-founder Jo Dorras says theatre has been an effective tool of communication in Vanuatu.

"Because people aren't necessarily massively literate and because some places are incredibly hard to get to, there's no electricity, it's quite hard to bring in other forms of information and people love stories."

Performers have come from South Africa, Australia, and New Zealand for the anniversary festivities.