The CEO of a Fiji company exporting breadfruit to New Zealand says demand is increasing and Pacific businesses need to grow to meet the demand.

Michael Finau Brown was speaking at the Pacific Wave Conference in Auckland yesterday and said he was sending a clear message to growers that it's not just the Pacific market in New Zealand, but many others who are interested in breadfruit and other crops. 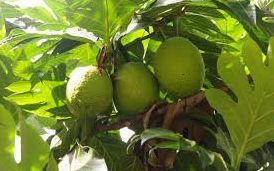 As some farmland in Nadi has been converted from sugar cane crop to breadfruit, pineapple and papaya growing, Mr Brown says the downturn in global sugar prices could actually give life to a new market.

He says the Samoan community in Auckland has driven sales of Fijian breadfruit, but says it is time to diversify.

"Because there's a huge market, they should expand, selling their produce to other centres in New Zealand, particularly in the South Island, and also out of Auckland you know, getting into Hamilton and other centres."