Mr O'Neill has accused Sam Koim of plotting with a leading opposition MP Sam Basil to bring down the government. 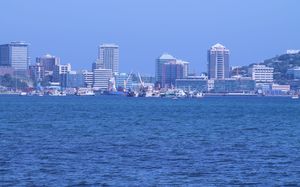 This follows an arrest warrant being served on the Prime Minister a week ago in relation to his alleged role in illegal payments to a law firm.

The warrant stemmed from an extensive probe by Taskforce Sweep.

Subsequently, after his lawyers obtained a stay on the warrant, Mr O'Neill disbanded Taskforce Sweep, claiming it had become heavily politically compromised,

He now accuses Sam Koim of meeting regularly in private with Sam Basil, an ardent critic of the O'Neill-led government.

Meanwhile, the acting police assistant commissioner for crimes, Thomas Eluh, has been served with a suspension notice by the government.

This came shortly after he publicly urged the Prime Minister to make himself available for a police interview over the payments allegations.