French Polynesia's nuclear test veterans organisation says hundreds of people will march today against a plan to remove a memorial site for victims in Tahiti.

The head of Moruroa e tatou, Roland Oldham, says the French Polynesian president, Gaston Flosse has directed that the present memorial on the beach be removed and a new memorial set up in town at a later date. 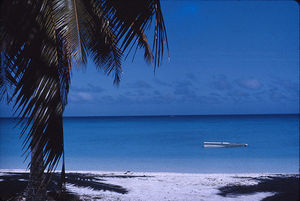 Mr Oldham says it is a political move to undermine the rights of nuclear test veterans and stop them from meeting there for a remembrance day on July the second.

"To us, this place is so important, especially for the new generation. It's part of our history now. The victims are still battling to have compensation and instead of helping the Polynesian victims this president Gaston Flosse is just kicking us in the mouth."

Roland Oldham says the current memorial is well-known internationally and made from stones from other nuclear testing sites such as Nagasaki and Hiroshima.