Fiji sugar workers have been awarded a five percent pay increase backdated to the beginning of the year.

The Fiji regime leader Rear Admiral Frank Bainimarama made the announcement as he opened the Fiji Sugar Corporation Sports Day in Lautoka at the weekend. 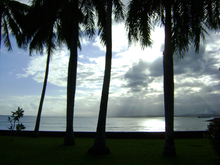 He said every worker at the corporation would get the pay rise in their next pay packet.

He said it wasn not a hand out but an acknowledgement of the hard work they had put in last season.

The prime minister told the workers sugar cane had turned the corner and the industry could look forward to a brighter future.

The members of the Fiji Sugar and General Workers Union threatened to go on strike last July, saying their wages, in real terms, had declined by 40 percent in the past seven years.